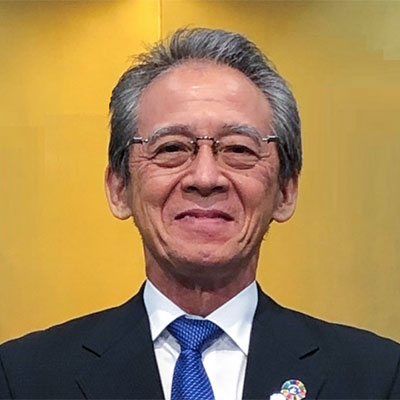 In the time where ICT, AI, and robotics are developing rapidly, new technologies are enabling the new way of OSH that was not possible before. How the OSH in future will and should look like has been described in the IEC MSB white paper “Safety in the Future” (published in November 2020), and ISO is also working on how robots, which work with humans, should operate while keeping workers’ safety. This session will look at how technologies should develop in tandem with international standards, such as in the aspect of conformity assessment.

As a research institute for OSH in Germany we are very active in national, regional and international standardization. The presentation will show some of our activities in the field of respiratory protection devices, measuring of semi-volatile substances, noise and ultrasonic noise, electromagnetic fields, collaborating robots, security of industrial applications and artificial intelligence use for machinery. From these exeriences with international standardization we have the following expectations to standardazation:

Challenge of creating the IEC's White Paper "Safety in the Future"

The Market Strategy Board (MSB) is a unique entity which the ISO or the ITU-T don’t have. The MSB’s primary task is to identify and investigate the principle technological trends and market needs. The overview of the MSB will be provided by Dr Tsutsumi, the Chair of the MSB. Also, the outline of 2020 White Paper project “Safety in the Future” led by Dr Tsutsumi will be provided.

Safety in Context of the UN SDGs

We all know that safety is important; this is not new. However, what does safety mean to a person who is poor, hungry, without shelter (and no electricity)?  During my presentation, I hope to create a connection between safety and the holistic sustainability of the global community.  I also hope to showcase the role international consensus standards play in creating a safe sustainable society for the emerging future.

IEC White Paper "Safety in the Future" opens the way to international standardization activities for Safety, Health and Well-being

Globalization and digitalization are making changes in everything including situation related to safety. At the same time, advancing of technologies provide opportunities to improve safety approach. In this session an idea expanding the vision of safety management for realizing a holistic safety approach is to be suggested. It includes three directions, addressing more complex systems, using more intelligence, and interpreting risks as broader concept.

ISO/CASCO activities for the credibility of conformity assessments

Safety in the future, conformity assessment for tomorrow

For Vision Zero to achieve its objectives it will require the development and implementation of vision based market solutions utilizing forward looking conformity assessment tools and deliverables.  By optimizing the utilization of existing solutions while enabling new technologies and the evolving trend of  tripartite (human, machine, environment) coexistence, market stakeholders can establish a new norm based in a system of safety.

Innovation for Safety and ANSHIN

Even today, 30,000 people die annually in Japan due to accidents. About 1,000 serious accidents related to household products happens each year, and some of them are due to misuse or carelessness by consumers.

Gas cooking stoves have historically caused many fires due to forgetting to turn off or overheating by consumers. In the 1990s, manufacturers developed a device that automatically prevents overheating. In 2008, the Japanese government introduced regulations to incorporate this device into gas cooking stoves. By 2020, fires caused by cooking stoves had been cut in half.

Initiatives to prevent such accidents are in line with the SDGs, and definitely innovations, as they bring great benefits to society. In various fields, private companies, industry associations, and governments should work closely together to create innovations in safety and ANSHIN, a unique concept in Japan, which is a sense of trust and assurance without any fear or stress.